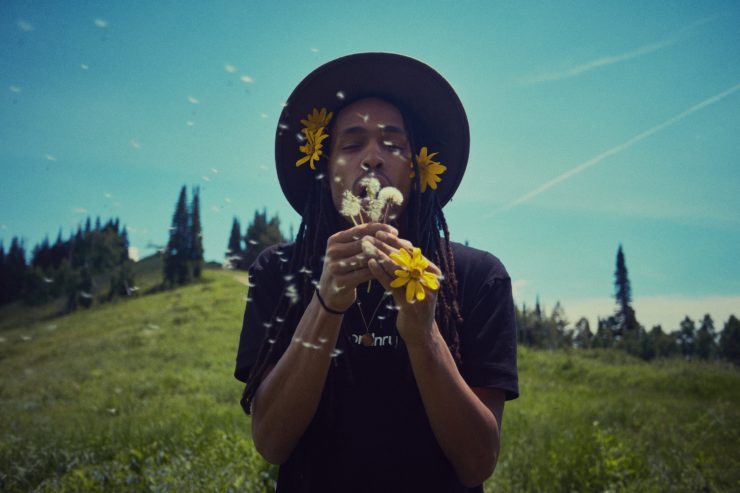 We are thrilled to announce that director, movement artist, and choreographer Jon Boogz has signed with us for director representation for commercials, branded entertainment, and music videos. With a career sweeping across genres, Boogz has an uncanny ability to meld art forms while shedding an impassionate light on social issues affecting the global community. His latest project, the short film Funeral For America (which he directed, choreographed, and danced in), was released on July 4 as a challenge to Americans celebrating their nation’s birthday to come to terms with its past. As with his previous work, the film uses movement to urge viewers to examine and purge the flaws from our country’s fabric. Boogz, along with Lil Buck, is the cofounder of critically acclaimed creative collective MAI (Movement Art Is), which advocates for social change while elevating dance as a medium. Their first evening-length show, “Love Heals All Wounds,” which is currently touring globally, was profiled in The New York Times. Boogz wrote, directed, choreographed, and danced in MAI’s award-winning short Color of Reality, in collaboration with visual artist Alexa Meade, driven by dismay at police brutality toward minorities. The film won Great Big Story’s Art as Impact Award; Best Experimental at Toronto International Short Film Festival; and Concept Video of the Year from World of Dance, among others. MAI recently released a VR film Together in collaboration with Facebook and Terrence Malick which debuted at SXSW and Tribeca Film Festival. “Jon’s powerful filmmaking combines storytelling, art and activism in unique and creatively challenging ways,” says Serial Pictures Founding Partner Violaine Etienne. “He uses his authentic perspective and compelling voice to lift the veil on social issues and promote empathy, truth and awareness.” View his reel below.

“I’m ecstatic to start this new journey with Serial Pictures. I’ve been creating and directing works independently and feel blessed to now have a great team working with me to take my vision to new heights,” says Boogz.

Boogz has choreographed, directed, and performed work for Cirque du Soleil and Fox’s “So You Think You Can Dance.” He has served as creative consultant on campaigns for Adidas, Apple, Lexus, Dom Pérignon, and Marriott and has collaborated with industry icons including Mikhail Baryshnikov, Naomi Campbell and Gloria Estefan. Boogz’s other notable collaborators include TriBeCa Film Festival, DAIS, and Flying Lotus; and he was featured at the Geffen Playhouse’s “Backstage at the Geffen” with his dance company Control Freakz, Lil Buck, and spoken word artist Robin Sanders to honor Morgan Freeman and Jeff Skoll. He is managed by Sozo Artists.