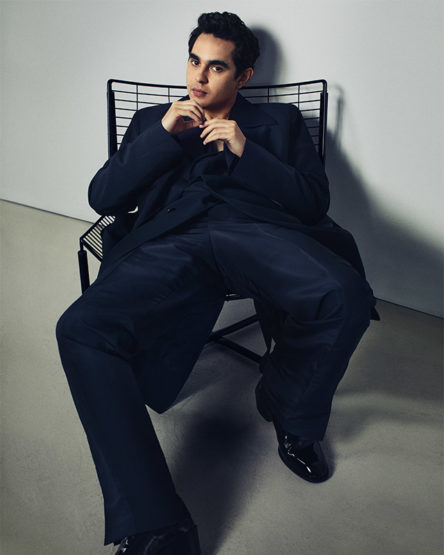 On directing, Minghella shares: “I’ve actually secretly been practicing for 16 years. I’ve done more of that than anything. Particularly editing. I’ve probably shot over 100 videos. It’s been my own sort of film school, I guess. Empirically, I’ve probably directed 10 times more than I’ve acted. I’ve just kept it under my hat.”

And, on making his debut with a heartfelt story, rather than a summer blockbuster, Minghella explains, “Making my first movie, I knew I wouldn’t be able to afford a CGI dinosaur or a giant Transformer. I knew that music’s expensive, but it’s probably the cheapest of the big special effects. I get the same rush from a pop song playing in the right moment as I do from a giant dinosaur smashing through Times Square.”

Read the whole interview at Esquire.